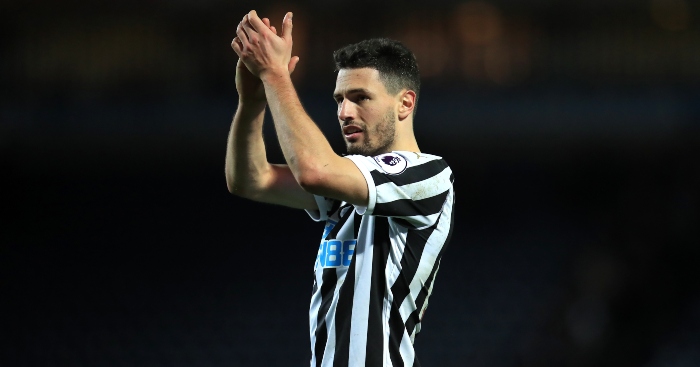 Newcastle United’s poor start to the season continued against Brighton – but it would’ve been a lot worse if it wasn’t for Fabian Schar.

After their goalless draw against the Seagulls, Steve Bruce’s side are now without a win at home so far this campaign and they were lucky to come away with a point.

Brighton dominated possession throughout the game and came closest to scoring when Aaron Connolly chipped the ball over Martin Dubravka.

However, a last-ditch clearance off the line from Schar rescued Newcastle, and he helped them hang on to a point at St. James’ Park.

Aaron Connolly thinks he’s scored but Fabian Schar sweeps it away just in the nick of time.

Where are they now? Liverpool and Newcastle’s teams from the 4-3 in 1997