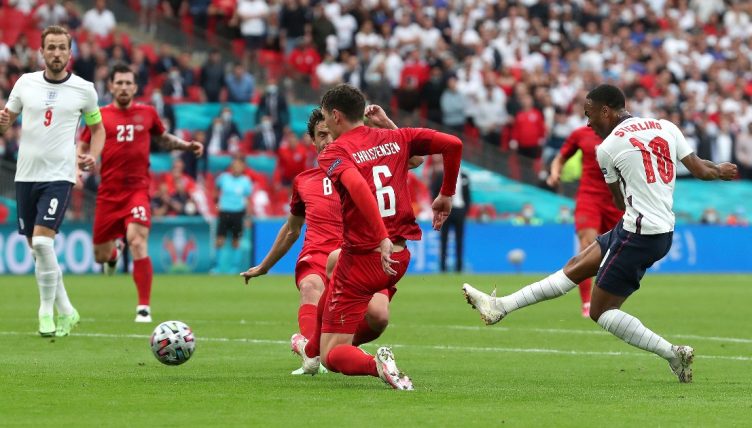 Schmeichel looked reminiscent of his Euro 92-winning father when he strode out and used his frame to deny the England forward an equaliser at Wembley.

With a place in the final against Italy at stake, the atmosphere was rocking as England made a confident start, but Denmark gradually grew into the game and took the lead thanks to a stunning Mikkel Damsgaard free-kick after 30 minutes.

Gareth Southgate’s men briefly looked rattled, but they soon found their feet again. Sterling found himself with a brilliant opportunity to equalise, having been played in by Harry Kane, when he was closed down by the Denmark keeper. Questions can be asked whether the in-form forward might have done better to find his spot either side of Schmeichel.

But soon enough, it appeared to matter little, as England did find an equaliser 48 seconds later. It came through Arsenal’s Bukayo Saka exploiting that Kane just had – he squared it for Sterling, who looked to have a tap-in, but before he could connect AC Milan’s Simon Kjaer bundled it into the back of his own net.