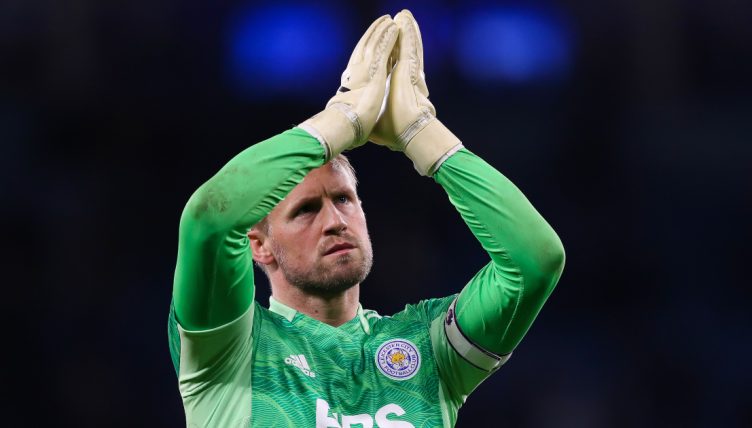 Kasper Schmeichel made several incredible saves against Liverpool in their Premier League match, including a brilliant reaction save to deny Mo Salah in the first half after a terrible defensive mix-up by the Leicester back-line.

It came in the 31st minute when Henderson lifted a quality ball over the heads of Leicester’s defenders which Mo Salah almost got on the other end of.

Instead, Daniel Amartey was able to get his head to the ball first, but it risked being a comedy of errors for Leicester when the ball bounced off Luke Thomas who was totally unaware of it.

It fell past Amartey and right into the path of Salah who fired a shot that seemed destined to nestle in the back of the net.

Yet Schmeichel, who had already saved a penalty from Salah earlier in the game, fell to meet the Egyptian’s effort.

The ball looked to be going past the Leicester captain, but the Dane was able to hit the ball with his right hand from underneath and send the ball over the bar.

“Brilliant save, what a save” Ally McCoist, on commentary duty, said.

“My initial reaction is poor defending… it should be dealt with.

Schmeichel has been at Leicester since 2011 and was a vital part of their title-winning side. He is the son of legendary Manchester United goalkeeper Peter Schmeichel.