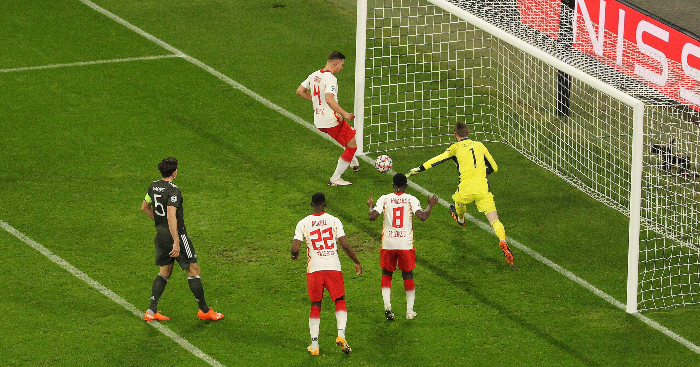 The Spain international received the blame for not acting more decisively when Leipzig’s Justin Kluivert received the ball on the six-yard box after a cross with little pace on it found its way to him.

But Harry Maguire doesn’t escape criticism either for allowing the ball to go past him and into the path of the Leipzig forward.

That third goal ultimately proved the difference in the result in Germany, which means they drop down into the Europa League after a third-place finish in the group stage.

It wasn’t the first time that Scholes was forthright with his opinions in BT Sport’s coverage, giving Paul Pogba’s agent Mino Raiola both barrels for going to the media and suggesting his client wants to leave.

Watch what he had to say below:

"He bottled it. He was scared of getting himself hurt."

"He makes himself smaller, it's criminal."