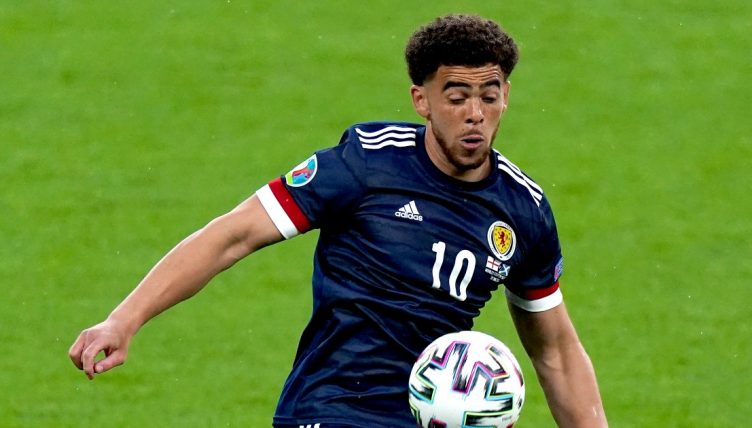 After all the hype, the opening stages of England against Scotland started at a good tempo – and it was the visitors that came closest early on.

Wembley was only a fraction full due to the restrictions, but there was no shortage of atmosphere, which was aided by the travelling Tartan Army. And their end would have exploded after Scotland made a lively start, having put a good move together after a throw-in down England’s left.

In the third minute, Stephen O’Donnell started the move with a throw-in. Suddenly after some quick interplay, the ball found Che Adams unmarked around the penalty spot.

Adams had time and space to get the shot right, and connected well, sending the ball heading towards the bottom corner.

Fortunately for England, the Southampton striker was denied by John Stones being in the right place at the right time. He did well to stand his ground and get his leg in the way of the ball.