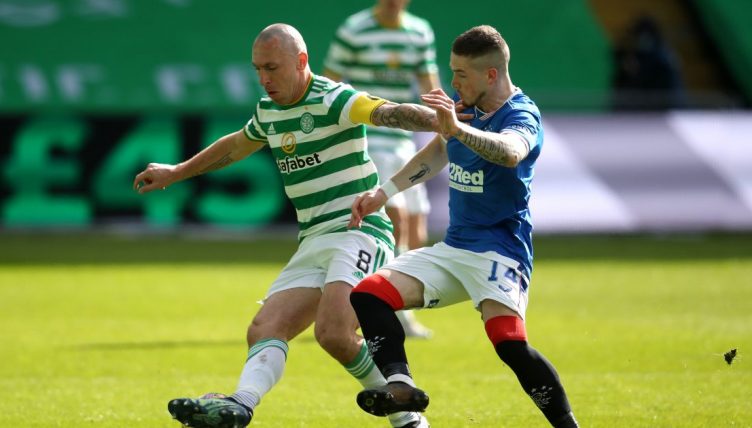 Celtic captain Scott Brown put rivalries to one side and showed his solidarity with Rangers midfielder Glen Kamara before the Old Firm derby.

The build-up to the game was dominated by allegations that Kamara was subject to racist abuse during Rangers’ Europa League defeat to Slavia Prague on Thursday.

During the warm-up at Parkhead, Brown walked into the Rangers half and personally sought out Kamara before hugging him in a touching moment.

Rangers and Celtic players then stood instead of taking the knee prior to kick-off to show their opposition to racism.

Mohamed Elyounoussi gave Celtic the lead before Alfredo Morelos equalised and neither side could find a winner.

“It is disgusting what has happened, it does not matter if it is a Rangers player or Celtic player it should never be part of the game and it just shows we stand with them,” Brown said after the game.

Watch: Kemar Roofe is sent off after horror kung fu tackle on goalkeeper