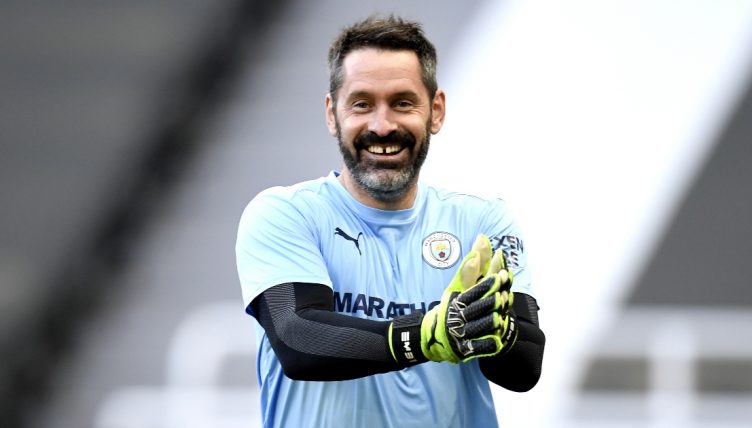 Scott Carson has finally been handed his Manchester City debut, as Pep Guardiola’s men were given a guard of honour by Newcastle after securing the 2020-21 Premier League title earlier in the week.

The 35-year-old goalkeeper is into his second season at City, on loan from Derby County, and many assumed that as their third-choice he would never step onto the pitch.

But Guardiola saw fit to award his work behind the scenes with an appearance for the newly-crowned champions.

His last appearance in the Premier League came 3645 days ago, which also was at St. James’ Park, for West Brom on the final day of the 2010-11 season nearly a decade ago. Since then, he’s turned out for Bursaspor, Wigan and Derby.

“I’m over the moon to get a chance to play,” Carson told Sky Sports ahead of kick-off.

“There was a chance I could have played last season but Ederson was going to the Golden Glove.

“I’m delighted. I thought my Premier League days were over, but thankfully I never gave up and I’ve got my chance tonight.”