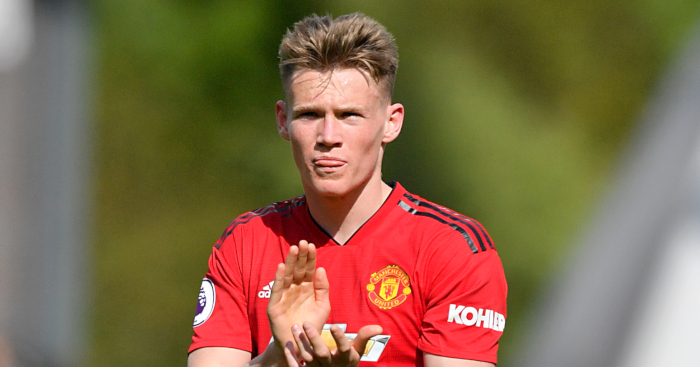 Scott McTominay was left disconsolate after Manchester United‘s hopes of qualifying for next season’s Champions League were killed off with a 1-1 draw at Huddersfield Town on Sunday.

McTominay has been one of United’s better performers in recent weeks and gave the visitors the lead early on, but the goal ultimately proved in vain.

And the midfielder was pictured after the game sat alone on the bench, clearly distraught at the outcome.

WHAT YOU DON'T NORMALLY SEE ON TV – McTominay after the draw vs Huddersfield.
FULL CLIP: https://t.co/sLditpHXiK@Higginbotham05 @Adamcarruthers pic.twitter.com/d01A4zTWss