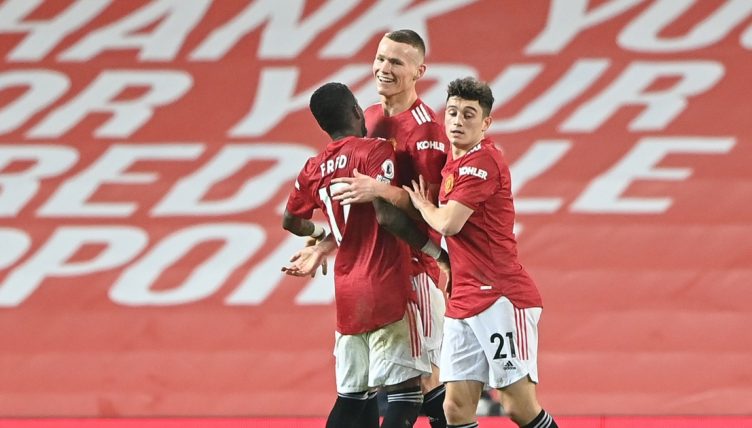 After Alexandre Jankewitz was sent off inside two minutes, United took the lead through Aaron Wan-Bissaka. Marcus Rashford and Edinson Cavani also found the net either side of a Jan Bednarek own goal before the break.

Anthony Martial came off the bench to score a brace in the second half, while McTominay and Bruno Fernandes also got on the scoresheet.

Daniel James wrapped up the scoring for United in stoppage time, equalling the Premier League record for most goals scored in a single match.

While there were only a few seconds left on the clock, McTominay clearly wanted a record-breaking 10th goal, telling James to pick the ball out of the net.

Fortunately for Southampton, the referee blew the final whistle before United were able to bring up double figures.