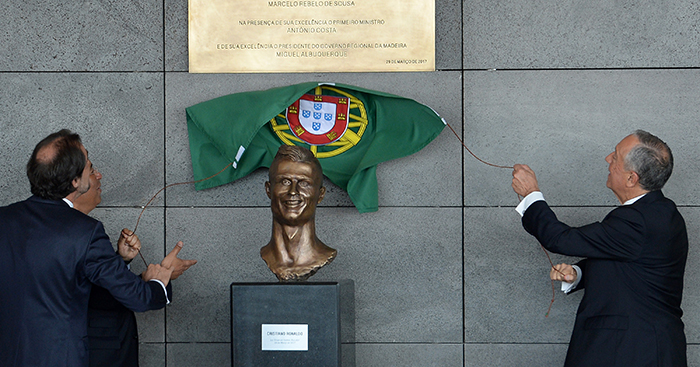 Plenty of people had something to say about the bust of Cristiano Ronaldo unveiled outside the Madeira airport renamed after him in March 2017 – and now the sculptor has spoken about how the criticism affected him and his family.

When Emanuel Santos, a self-taught, amateur sculptor from Madeira, heard the airport was to be renamed, he immediately got to work.

He was working at the airport at the time, collecting trollies, was not commissioned to sculpt the bust and had never even previously sculpted a bust, but he wanted to pay his tribute in the form of clay.

His wife says says in a brilliant Bleacher Report Football documentary she thought it would be Emanuel’s “launch pad” towards a full-time career as a sculptor, but though what followed changed both of their lives, it was not in the way either of them had hoped.

Emanuel showed photos of his work to an associate director at the airport, who was impressed. Ronaldo had a small complaint about the depth of the wrinkles around his eyes, but on March 29, 2017 he was there as the bust was unveiled outside the airport.

He even signed a football for Emanuel’s son.

“I was really happy and laughed with satisfaction,” Emanuel says of that initial feeling. 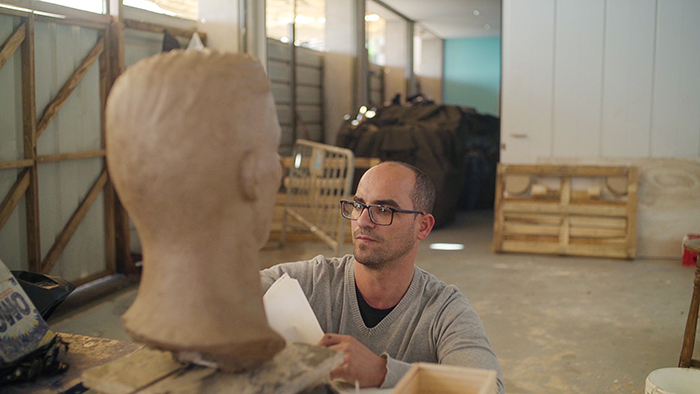 Then the criticism started to come in.

“It started to become sad,” his wife says. Both she and Emanuel cry as they recall the days that followed the unveiling of the bust.

“I’m remembering how tough those days were at the time,” she says. “I don’t want to talk about it.”

Well, B/R Football decided to visit Emanuel to get his story and commission a second bust. 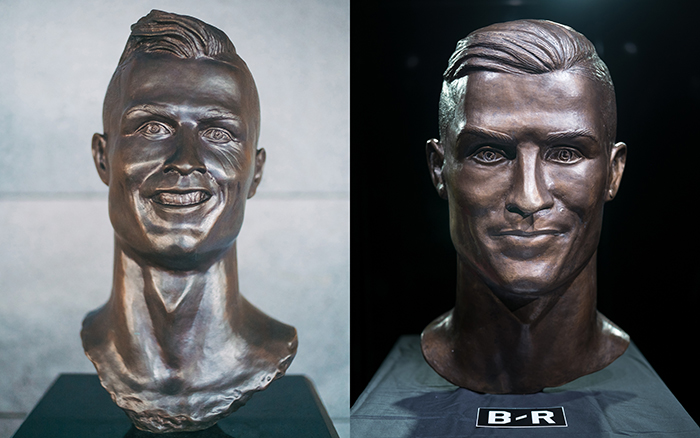 “I want my son to understand that if he enjoys doing something very much, [he] doesn’t let himself be defeated with negative criticism,” he says.

“Sooner or later, if we believe in ourselves and are persistent, we can succeed in life. Even though his father never had a degree, isn’t a teacher or a doctor, [and comes] from a poor family, he was able to make something of himself in this world.”

Watch the brilliant documentary in full below.

A year ago today, Emanuel Santos’ Cristiano Ronaldo bust was unveiled. The world laughed at him.

We challenged him to try again. He accepted. pic.twitter.com/TLV1iJv1MN