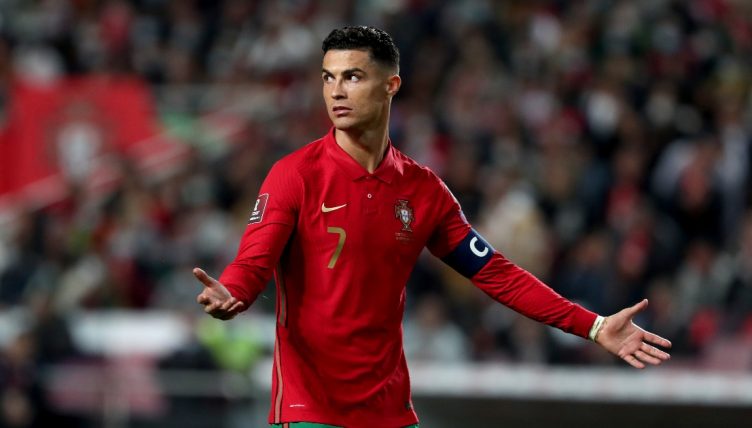 Serbia have booked their place in next year’s World Cup at Portugal’s expense – and, needless to say, their fans were absolutely loving it.

Renato Sanches had given the perfect start, opening the scoring after just two minutes. They only needed a point to book their place in Qatar next year, but they were left sweating after Dusan Tadic equalised midway through the first half.

And their nightmare evening was compounded in the dying minutes, when Mitrovic – who is up to 20 Championship goals for the season already – nodded home Serbia’s match-winner in the dying stages.

Ronaldo may still make a record-equalling fifth World Cup, but to get there he’ll have to help Portugal navigate a two-legged play-off in March.

Drawing blanks against the Republic of Ireland and Serbia, it’s not been the Manchester United superstar’s week. Serbia’s fans were all too happy to rub salt into Ronaldo’s wounds, emulating his iconic celebration in a town square to toast getting one over him.