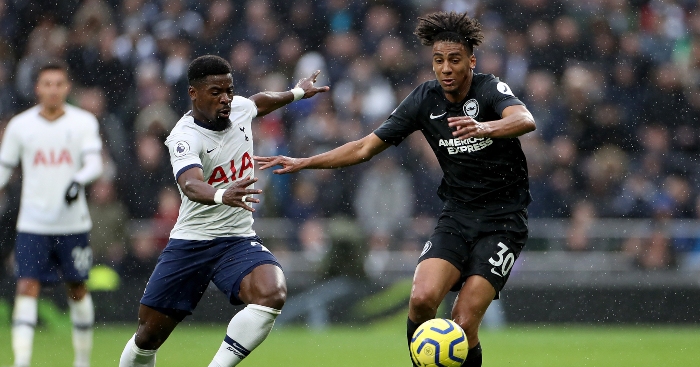 Serge Aurier has been providing plenty of fun in recent weeks, and the Tottenham defender continued to do so in his side’s 2-1 victory over Brighton on Boxing Day.

After catching our eye with a crazy backheel against Chelsea, Aurier was back to embarrassing opposition players on Thursday.

Spurs were below par in the first half and fell behind as Adam Webster opened the scoring for the visitors in the 37th minute.

But the hosts turned things around in the second half thanks to strikes from Harry Kane and Dele Alli to claim all three points.

Sure, he can be a bit mental in defence, but he can also do sh*t like this.