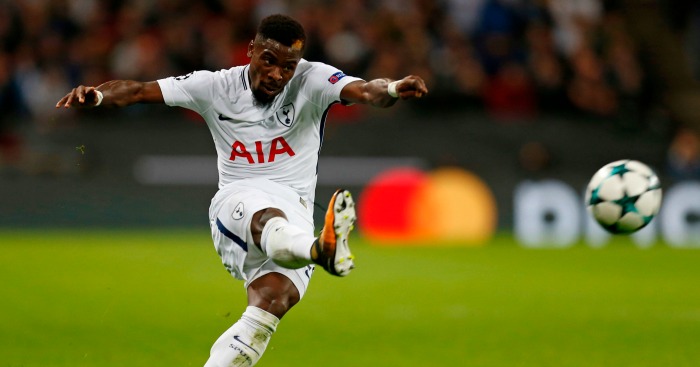 Serge Aurier made a successful start to life at Tottenham on Wednesday night as they beat Borussia Dortmund 3-1 in the Champions League.

A Harry Kane brace and a goal from Son Heung-min saw Spurs get their Champions League campaign off to an impressive start at Wembley, with Aurier catching the eye at right-back.

Asked for his opinion on Aurier’s debut, Mauricio Pochettino said: “It was his first game after only one week training. I am so happy with the new signings and the whole squad. We are in a good way.”

The summer signing from PSG is certainly not short of confidence judging by the outrageous dummy he pulled off in his own penalty area.

Serge Aurier’s dummy against Borussia Dortmund. What a madman. 👏🏼 pic.twitter.com/Pvzfa7RZcA