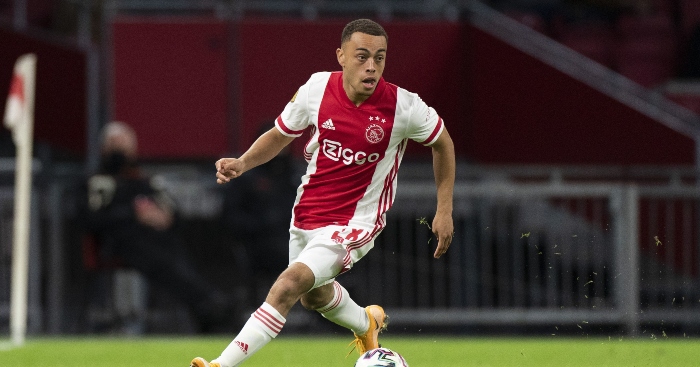 After signing for Barcelona from Ajax, Sergino Dest failed to make a great first impression during his presentation at the Nou Camp.

Dest, who has won three caps for the United States, completed an £18.9million move to the La Liga giants after reportedly rejecting interest from Bayern Munich.

The right-back was officially presented as a Barcelona player on Friday and looked to showcase his skills at the club’s home ground.

He had a moment to forget, however, and failed to control the ball while attempting to complete some keepie-uppies.

The 19-year-old is tipped for a bright future at Barcelona, but he’ll probably want to forget this part of his first day at the club.