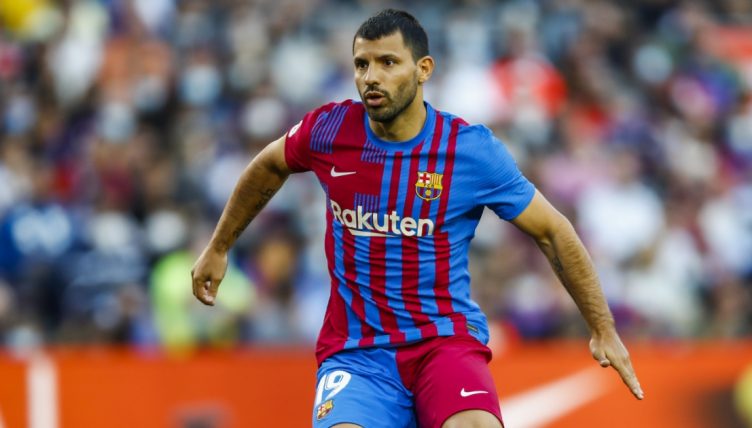 Manchester City legend Sergio Aguero has scored his first goal for Barcelona, and he did it in injury time against Real Madrid. Unfortunately, it was only a consolation in a 2-1 defeat.

2021 has been a difficult year for Aguero. He received a perfect send-off at City, having established himself as a club legend after becoming their all-time top scorer, but only after it became clear that Pep Guardiola had moved on without him, relegating him to a peripheral role at the Etihad.

The Argentinian then joined Barcelona, but his close friend Lionel Messi promptly moved on, making a shock exit to Paris Saint-Germain.

Injury issues have seen him sidelined for the early months of his time in Catalonia, but Aguero was able to make his debut to cheers from fans at the Camp Nou with a short cameo as Ronald Koeman’s side saw out a 3-1 win over Valencia last weekend.

The 33-year-old striker also appeared off the bench in the midweek 1-0 win over Dynamo Kyiv, but was unable to turn things around in the Clasico. Real Madrid were already ahead thanks to a stunning strike from David Alaba, and they sealed the result with Lucas Vazquez finishing a counter-attack in injury-time.

Aguero then responded with a clever finish to make Madrid sweat, but only for a matter of seconds, as it was practically the last kick of the game.

It was no more than a consolation before the final whistle, but Sergio Aguero has his first goal for Barcelona 🔵🔴 pic.twitter.com/YGQmpZ4BUl