Watch: Sergio Busquets rises from the dead after ‘foul’ in Barca win 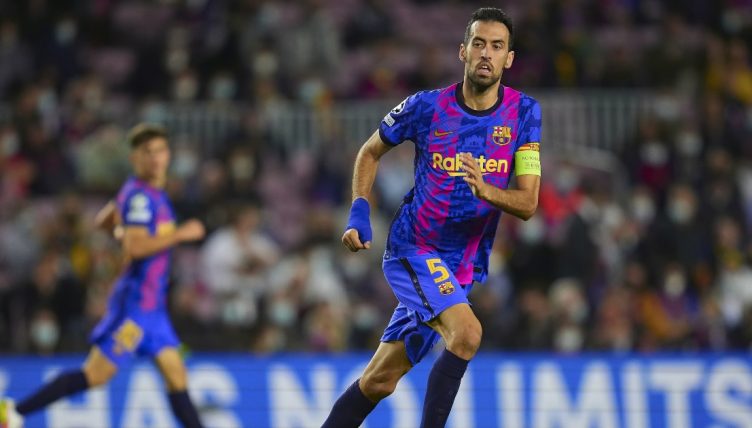 Sergio Busquets looked in a serious amount of pain during Barcelona‘s 1-0 win over Dynamo Kyiv – until producing a resurrection that would have Jesus Christ rubbing his eyes in disbelief.

Managerless Barca travelled to the capital of Ukraine knowing that a win was vital to keep their Champions League hopes alive.

And they secured a vital victory after Ansu Fati netted the game’s only goal 20 minutes from time.

Knowing that victory was imperative to their season, Busquets reached into his box of tricks in order to run down the clock.

After a clash with a Dynamo player, the 33-year-old clutched at his leg as if seriously injured, but as soon as he realised the home side were in a threatening position, the midfielder rose to his feet and carried on as nothing had happened.

Sergio Busquets with one of the most miraculous recoveries ever seen on a football pitch 😅#UCL pic.twitter.com/lXGrcTPJSt