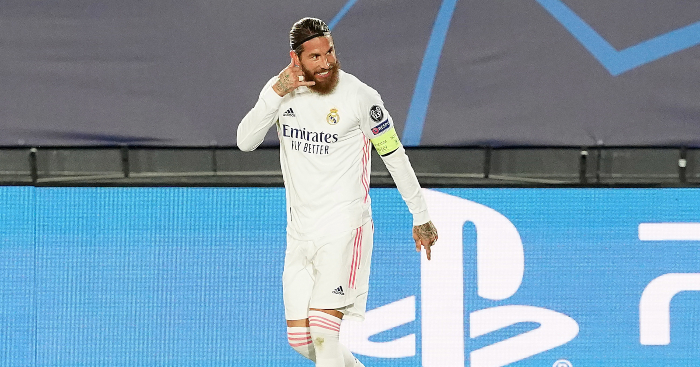 King of the sh*thouses Sergio Ramos was up to his usual tricks in Real Madrid’s 3-2 victory over Inter Milan in the Champions League this week, confronting former team-mate Achraf Hakimi and accusing the full-back of “screaming like a rat.”

Ramos is never the sort of player to miss the opportunity for a bit of a scuffle and tried to lift Hakimi off the ground after the former Madrid player, who joined Inter in a €40million deal this summer after two successful seasons on loan at Borussia Dortmund from the Bernabeu, went down inside the penalty area.

Subtitled replays showed Ramos shouting, “Get up you son of a b*tch,” at Hakimi, followed by, “Stop screaming like a rat.”

Ramos, as so often, had the last laugh as Real beat Inter 3-2, and the defender even got himself on the scoresheet to bring up a remarkable century of goals for the Spanish giants.

He can obviously be a massive d*ckhead at times, yet we can’t help but respect just how bloody good he is at football.