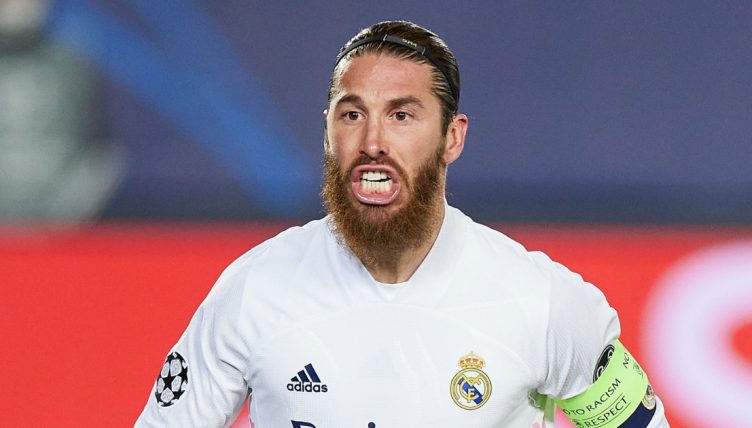 Real Madrid forward Vinicius Junior nearly scored a sensational solo effort against Atalanta, only to fluff his lines with the finish, and Sergio Ramos‘ reaction was likely mirrored by Madridistas around the world.

“Dribbling past a defender is easier for me than scoring a goal,” Vinicius told Spanish outlet El Pais earlier this week, and he was true to his word.

The Brazilian did absolutely brilliantly to run into the box, demonstrate some nimble footwork to make it past the last man and go bearing down on goal.

All he needed to do was beat the keeper, but he managed to put it wide after completing all the hard parts.

Los Blancos skipper Ramos didn’t exactly keep his emotions in check, falling to the floor with his head in his hands at what he’d just witnessed.

Fortunately for Vinicius, he made amends a few minutes later, going on another good run before getting tripped as he entered the box, winning a penalty.

Ramos converted, putting Madrid two goals up on the night and three on aggregate in their Champions League round of 16 clash with Atalanta, eventually comfortably booking their place in the quarters with a 3-1 second-leg victory.

Vinicius Jr did everything right, and was so close to an all-time great #UCL goal, until…