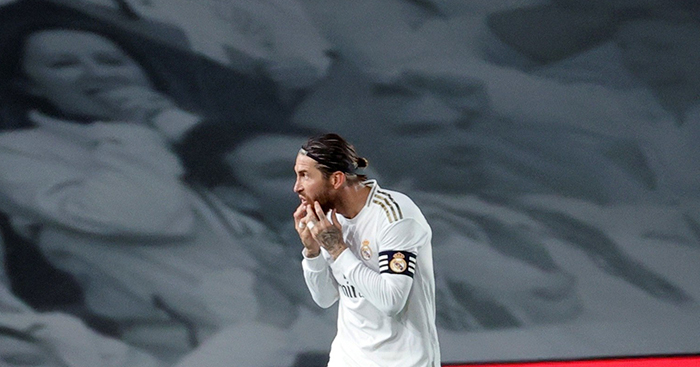 Real Madrid were in danger of dropping vital points in the La Liga title race against Getafe on Thursday night – but then Sergio Ramos stepped up to take the coolest penalty imaginable.

After Barcelona had been held to a 2-2 draw by Atletico Madrid earlier in the week, Real were looking to pull four points clear at the summit but struggled to create clear-cut opportunities against their Champions League-chasing opponents.

But then Dani Carvajal was brought down by Mathias Olivera inside the penalty area.

With 11 minutes to go and the title potentially on the line, most teams would see their centre-forward step forward to take on the pressure. But Real’s superhero plays at centre-back.

So up stepped Ramos to sidefoot home with the calmness of a man playing football in the park. It was the 21st penalty in a row he has scored and leaves Real in pole position with only five games of the season remaining.

A vital goal in the LaLiga title race 👀 pic.twitter.com/IC3jMIvsq5