Watch: Sergio Ramos gets sent off for PSG – 27th red card of career 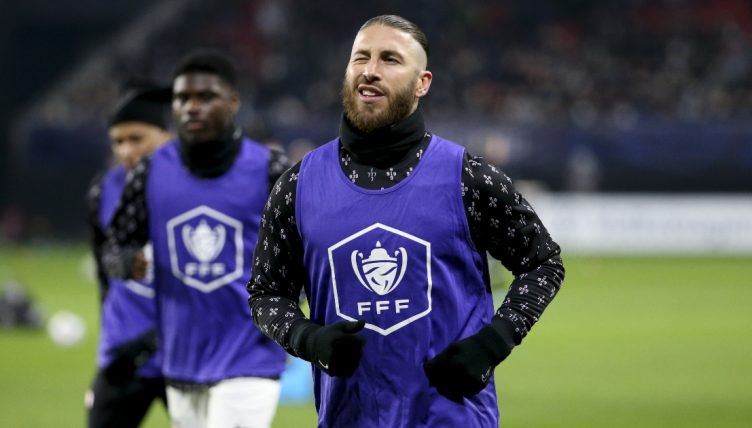 Sergio Ramos has been sent off for the first time as a PSG player – but it’s a sight that fans of his former club Real Madrid will not be surprised by.

The defender was a legendary captain for Real Madrid, and few would argue that he’s one of the greatest players in their history for his hugely influential role in four Champions League titles, but even his biggest fans can’t deny he has a rash decision in him.

Already the most dismissed player in the history of Spanish football, with 26 red cards across his time at Madrid and Sevilla, Ramos has shown that he’s the same player as ever in the French capital.

PSG were already a goal down to Lorient when he was brought on at half-time. He was booked in the 81st minute, and received a second yellow five minutes later after a cynical block.

The 35-year-old, in only his second appearance for the French outfit, was shown his marching orders as Mauricio Pochettino’s men looked set for a rare league defeat. But they snatched a point in the dying minutes, with Mauro Icardi notching an equaliser in injury time to make it 1-1.

Sergio Ramos has been sent off!

The 27th red card of his professional career 🟥