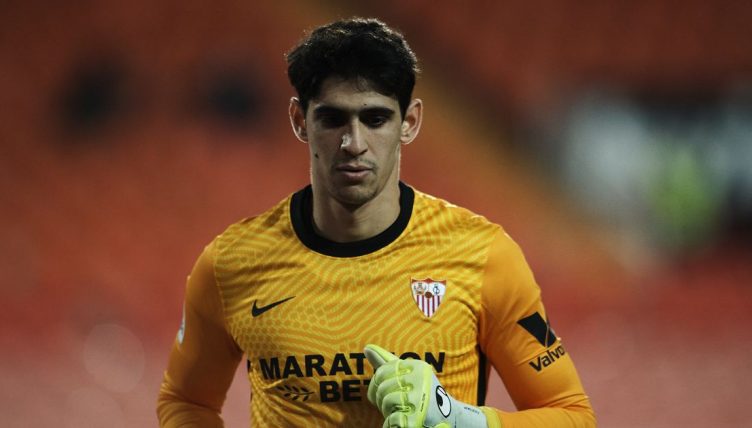 Sevilla were saved by an unlikely hero as they grabbed a 94th-minute equaliser against Real Valladolid on Saturday night.

Valladolid had looked set for the win when midfielder Fabian Orellana put the hosts in charge with a penalty on the stroke of half-time.

Goalkeeper Bono, who recently exchanged taunts with Erling Haaland, was sent forward for a corner in injury-time and pounced on a loose ball to score a dramatic leveller for Sevilla.

The Morocco international then ran over to the bench in delight and was later booked by the referee after waving his shirt in the air.

“It’s incredible, it’s difficult to describe and I didn’t know how to celebrate,” Bono told Marca after the game.

“You do your job in your own goal and it’s very strange to see yourself up in the other box. I looked at the coach and he told me to go up (for the corner), the chance fell well for me and I am grateful to score.”

He’s now the second La Liga goalkeeper to score a goal this year after Eibar’s Marko Dmitrovic scored a penalty against Atletico Madrid in January.

🚨 THE GOALKEEPER HAS SCORED! 🚨

It's a beautiful day for Sevilla as Bono scores a stoppage time equaliser! 😱 pic.twitter.com/6IXXcRklch