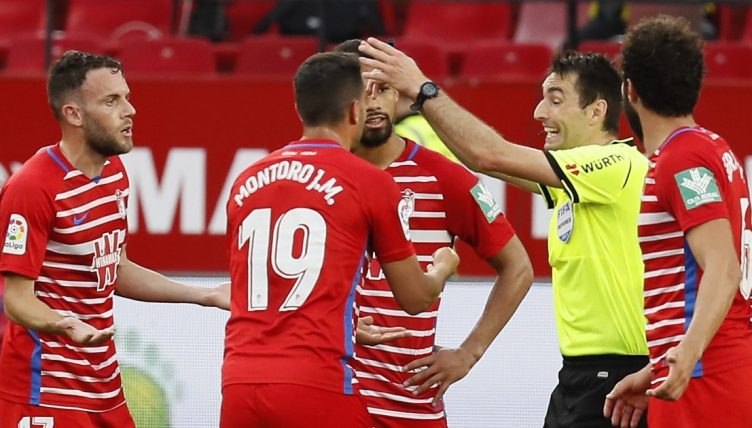 Sevilla beat Granada 2-1 on Sunday evening to keep themselves well in the La Liga title race, but the game was made memorable for some baffling scenes at the end.

After plenty of confusion, and protests, referee Ricardo de Burgos Bengoetxea appeared to realise he’d made a mistake with his time-keeping, and called Sevilla’s players back from the dressing room and back onto the pitch.

The two sides played out another minute before the match official blew the whistle for full-time for a second, and final, time.

“The ref stopped it early as he thought time was up, then told us he’d made mistake. I’ve never seen anything like it,” explained Sevilla midfielder Lucas Ocampos after the match.

“We had taken off our kit, had to come back out.”

Bizarre scenes in Seville as the referee blows for full time a minute early…and then has to call the players back on to the pitch to play that minute! 🤪

You don't see that too often 👀 pic.twitter.com/XdWfuaUMIU