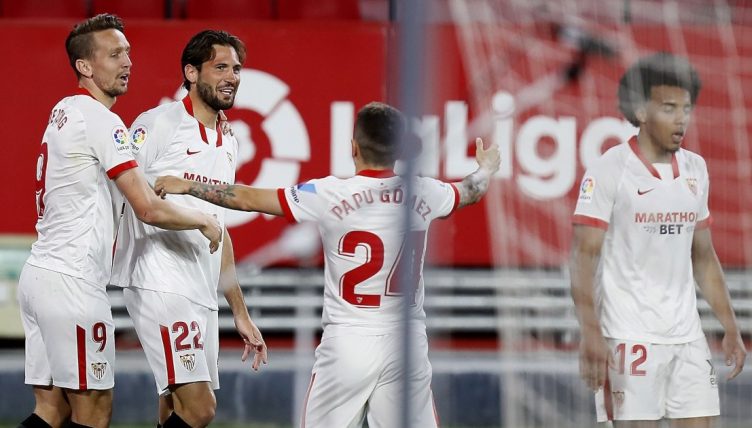 Franco Vazquez scored with a delightful backheel as Sevilla beat Elche 2-0 in La Liga on Wednesday night to cement their place in the Champions League qualification places.

The three points saw Sevilla increase their gap to fifth-placed Real Sociedad to nine points, while they themselves are now nine points off leaders Atletico Madrid with all teams having played 27 games.

In-demand striker Youssef En-Nesyri opened the scoring just before half-time, taking his tally to the season to 21 goals in all competitions and underlining why he has been linked with a number of big clubs in Europe.

But Sevilla had to wait until the 89th minute before sealing all three points through the 32-year-old Vazquez.

The Argentina international, who has also appeared in two friendlies for Italy, collected the ball with his back to goal, wrongfooting ‘keeper Edgar Badia with a brilliantly improvised finish.

Watch the highlights of the game via Twitter below, with Vazquez’s goal at 1:18.

Sit back and enjoy the highlights from #SevillaFCElche! 📺🍿