Watch: Shaun Wright-Phillips reveals the best striker he ever played with 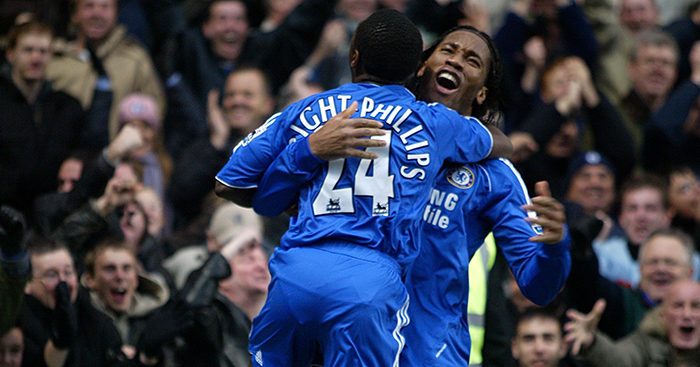 Shaun Wright-Phillips played with several world-class strikers during his time at Manchester City and Chelsea – but one stands out above all the rest for the former England winger.

Wright-Phillips started his career at City but was a £21million signing for Chelsea in the early years of the Roman Abramovich era in 2005 before returning to the Etihad after Sheikh Mansour’s takeover of the club.

He played alongside Robinho, Carlos Tevez and Emmanuel Adebayor among others back at newly-minted City, but it’s an old Chelsea team-mate who Wright-Phillips named when asked for his favourite striker of those he supplied the bullets for.

“I’d have to say Didier Drogba. He was not only good on the floor but big, powerful, and always got across the front post.

“As I grew up I was taught to get the ball in and the striker will attack his front post.”

Shaun Wright-Phillips played with several world-class strikers during his time at Man City and Chelsea – but he told @AveryDennison one stands out above all the rest. pic.twitter.com/X1P1fOavEu

Speaking to Avery Dennison, the official names and numbers suppliers for The Premier League, Wright-Phillips also had a simple explanation as to why he never wore No.7 during his career despite playing the majority of it as a right-winger.

“When I eventually moved back to Man City, I think Stevie Ireland had No.7 and I didn’t feel it was right to request a number like that so I went to No.8.

“And the reason for No.8 is that it was my dad’s number at Arsenal as well.”

Wright-Phillips played for QPR after leaving City for a second time before spending a season in MLS with New York Red Bulls and then finishing his career with Phoenix Rising.

“I live in Arizona so you can imagine how cold this feels,” he said at the event in Texas.