Watch: Shay Given carries on eating his dinner as Mo Salah scores screamer 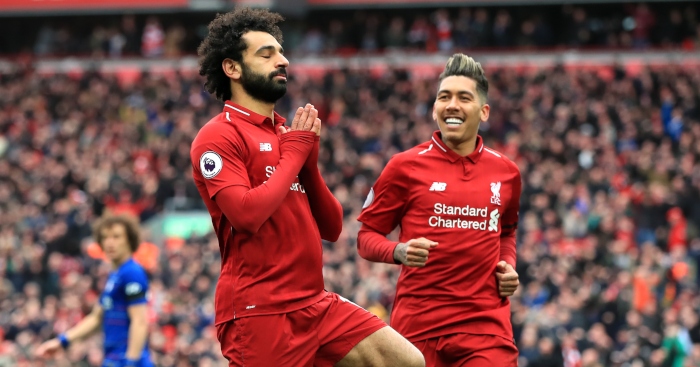 Mohamed Salah scored one of the best Premier League goals of the season in Liverpool’s 2-0 win over Chelsea on Sunday – but it clearly wasn’t as impressive as Shay Given’s dinner.

Salah settled a huge game at the top of the table with a stunning goal just a couple of minutes after Sadio Mané’s opener at Anfield, moving the Reds back above Manchester City in one of the tightest title races in years.

Watching in the studio for BT Sport, Steve McManaman unsurprisingly leapt to his feet when the ball hit the net, while Ian Wright cheered and clapped his hands enthusiastically.

Given, however, merely gave the goal a cursory glance before continuing with his dinner.

Watch the hilarious moment below.