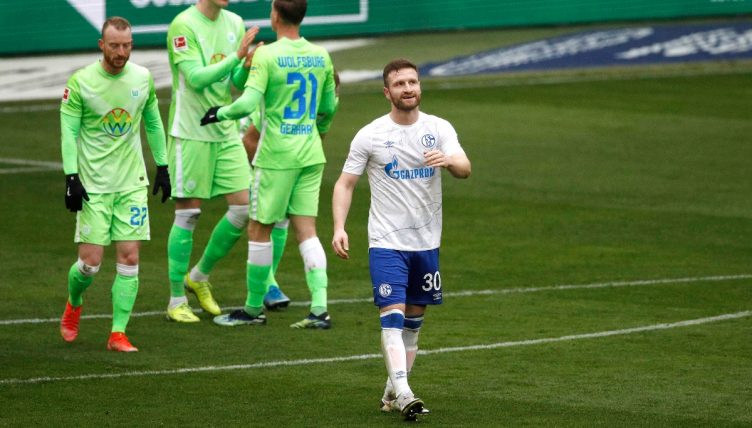 Schalke’s season continues to go from bad to worse as they were heavily beaten by Wolfsburg on Saturday afternoon – and a former Arsenal man put one in his own net as well.

It is safe to say that Shkodran Mustafi will not go down as an Arsenal legend. His 151 appearances with the Gunners was largely characterised by sloppy mistakes, although they did also win two FA Cups.

In January, he left for Schalke on a free transfer, entering one of the most doomed sides in Europe.

With 25 matches played, the club sit rock bottom of the Bundesliga, 11 points from safety and just one win to their name all season.

They have also conceded 65 goals in that time and, on Saturday, Mustafi contributed to that tally.

With the scores still level just after half-an-hour, Wolfsburg pushed forward and a ball into the box was not dealt with by Malick Thiaw.

The defender only managed to fire at Mustafi whose panicked header nestled in the back of the net, the first goal of a 5-0 thrashing.