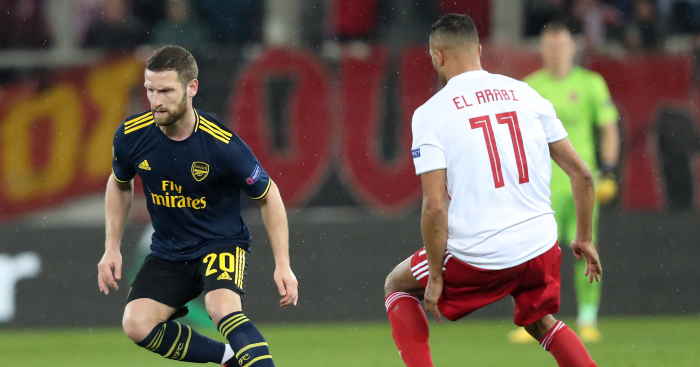 Shkodran Mustafi’s resurgence at Arsenal continued on Thursday night as the centre-back produced an assured performance to help the Gunners beat Olympiakos 1-0 in the first leg of their Europa League round of 32 tie.

For much of his time at Arsenal, Mustafi has been a much-maligned figure due to a number of error-strewn displays in defence.

The Germany international has spoken of the struggles he has faced as the subject of jokes and abuse but has responded impressively to perform more consistently under new manager Mikel Arteta.

And while the 27-year-old helped Arsenal keep a clean sheet in Greece, he also contributed to the build-up to Alexandre Lacazette’s late winner with a brilliant crossfield pass.

After watching this, you will love the long pass from Mustafi to Aubameyang. #COYG pic.twitter.com/PYCwUdVbjT

Bukayo Saka is the playground footballer Arsenal and the PL needs