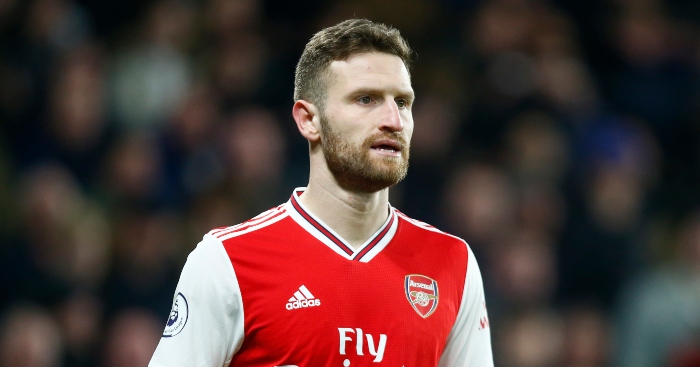 Arsenal fell to a 2-1 defeat against Tottenham in the north London derby and defender Shkrodan Mustafi endured a difficult afternoon.

The Gunners started the game brightly and Alexandre Lacazette gave them the lead in the 16th minute with a thunderous effort from distance.

But Spurs equalised moments later when Son Hueng-min capitalised on a woeful back pass from Sead Kolasinac before dinking the ball over Emiliano Martinez.

Toby Alderweireld then rose highest and nodded in Son’s corner in the 81st minute to give Spurs all three points.

Harry Kane looked to add a third goal in the closing stages and Mustafi attempted a slide tackle on the striker, but he completely missed the ball and the man.