Watch: Should Chelsea have had penalty for Carvajal push on Chilwell? 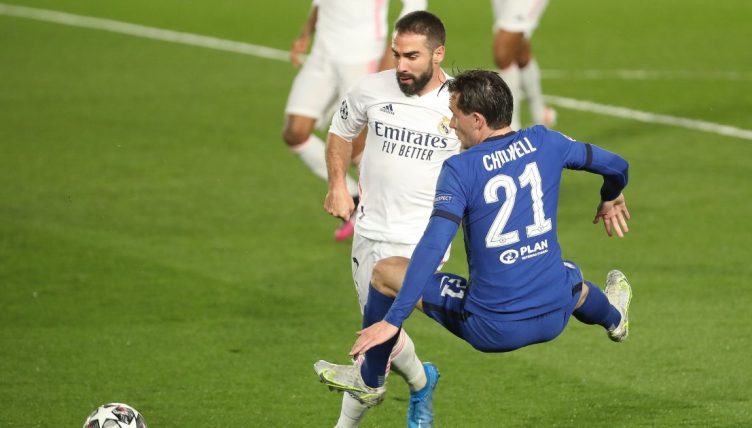 Chelsea fans were left fuming after they were denied a penalty during their Champions League semi-final first leg against Real Madrid.

The Blues dominated the early stages and should have taken the lead when Timo Werner shot straight at Thibaut Courtois from only six yards.

Christian Pulisic then put Chelsea in front with a composed finish, only for Karim Benzema to fire an acrobatic volley beyond Edouard Mendy in the 29th minute.

During the second half, a dangerous ball came floating over towards Ben Chilwell on the left side of Madrid’s box.

Madrid right-back Dani Carvajal wasn’t even looking at the ball and then shoved Chiwell in the chest, sending the England international flying to the floor.

The referee decided not to award Chelsea a penalty and VAR didn’t intervene.