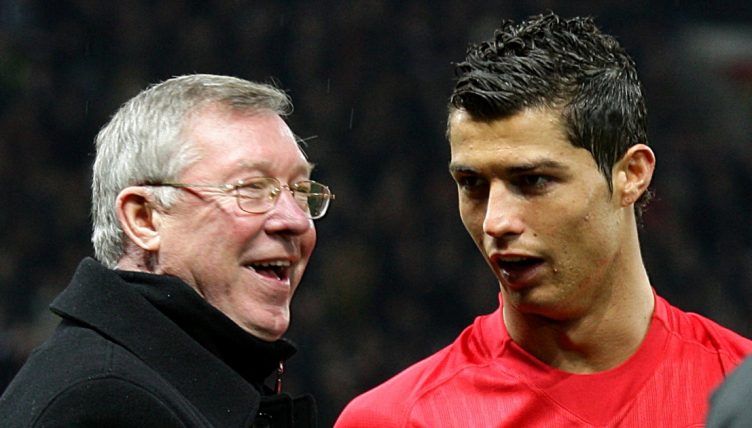 Cristiano Ronaldo and Sir Alex Ferguson have had a good relationship over the years, ever since the legendary manager signed him in 2004.

Ferguson is credited highly for the role he played in Ronaldo’s development, signing him as a youngster from Sporting Lisbon and building the Manchester United team around him.

Even after Ronaldo departed for Real Madrid in 2009, he and Sir Alex always maintained a close bond, and it was the retired Scotsman who played a big role in the superstar returning home this summer.

In what is sure to provide a good nostalgia kick for United fans, the two sat down for a joint interview, 17 years after they first joined forces, and the story of Ronaldo’s start to life in Manchester proved an interesting topic.

Fergie admitted that fast-tracking a teenage Ronaldo to the first team was a risk for a number of reasons.

“Moving to another country is a big step for a young person. I wanted to impress upon his agent in particular that he won’t play every game, but if he is so good, I can’t stop him.”

Once the opening game of the season came around, Ferguson had a dilemma.

“He [Ronaldo] was a substitute, but he then came on for around 30 minutes and was absolutely fantastic. The crowd loved it.”

“We then had a situation. Do we play him the next game, or put him back on the bench? That’s a big problem, that!”

Ronaldo was clearly appreciative of his manager for playing him instantly and claimed that Ferguson remained true to his promise.

“Everything that he said to me, he did.”

Ferguson’s management of Ronaldo clearly worked, as he went on to score 118 goals in 292 games under his tutelage.