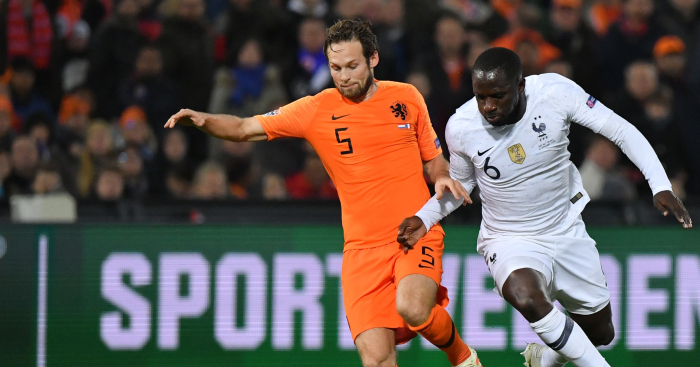 Tottenham midfielder Moussa Sissoko had a moment to forget as his mistake allowed former Manchester United forward Memphis Depay to score in the Netherlands’ win over France in the Nations League.

The Netherlands shocked World Cup winners France with a 2-0 victory which means they can now win Group A1, a remarkable turnaround from failing to qualify for this summer’s tournament in Russia.

Liverpool midfielder Georginio Wijnaldum gave the hosts the lead just before half-time by pouncing on a rebound to score with a sharp finish.

And Depay rounded off the scoring late on with a stoppage-time penalty which he cheekily converted with a Panenka.

Sissoko was the guilty party for conceding the penalty after a loose piece of control was followed by a clumsy tackle inside the box.