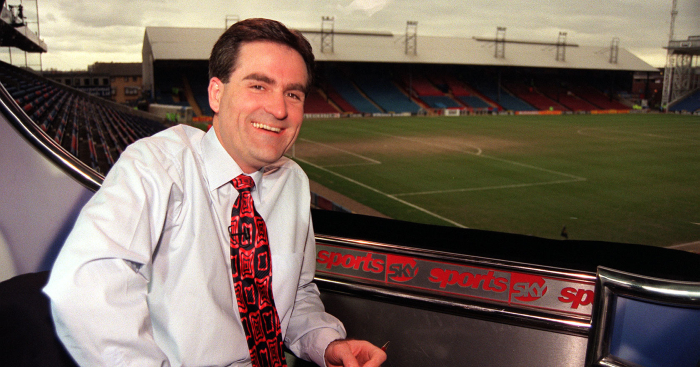 Just seven games into the 2003-04 Premier League season, George Graham and Richard Keys were joking about the prospect of Arsenal going the whole campaign unbeaten – but nobody thought it was possible.

In one of the greatest achievements of the modern game, Arsenal famous went the whole 2003-04 Premier League season without losing to win the title.

We devoted the very first episode of our 2000s football podcast The Broken Metatarsal to that campaign, which features Arsenal fan and TV presenter Alex Brooker.

And a clip has now surfaced on Twitter of former Arsenal boss Graham and Sky Sports presenter Keys joking about the Gunners’ chance of remaining unbeaten after beating Newcastle United 3-2 at Highbury in their second game of the season.

Graham scoffed at the idea of Arsenal going the season without defeat. To be fair, we probably all did.

Dug out this absolute gem@richardajkeys joking around with George Graham about Arsenal possibly going a season unbeaten, 7 games into the 03/04 season after beating Newcastle at Highbury pic.twitter.com/hb95siDW4r