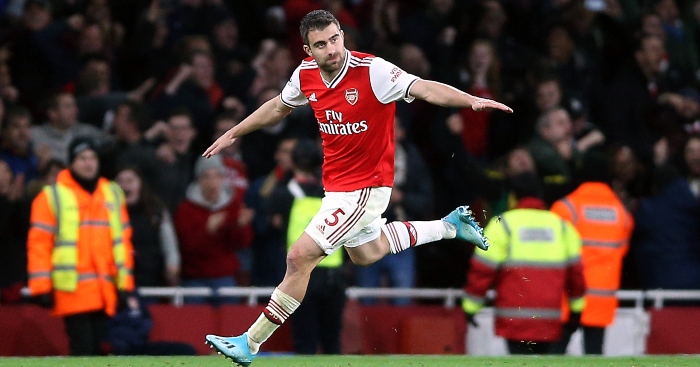 Arsenal’s Sokratis Papasthatopoulos is renowned for his old-fashioned style of defending, but the centre-back also has an impressive free-kick in his locker.

The Arsenal squad are back in training as they step up preparations ahead of the Premier League restart later this month.

David Luiz, Pierre-Emerick Aubameyang and Alexandre Lacazette were seen practising their free-kicks and Sokratis then decides to prove his dead ball credentials.

He lines up a free-kick from outside of the penalty area and rifles his effort into the top corner, leaving the goalkeeper with no chance.

A few of his team-mates can’t believe what they have just seen and burst into laughter after the ball finds the back of the net.

The Greece international doesn’t seem so surprised, and he appears to tell the players to calm down and be quiet.