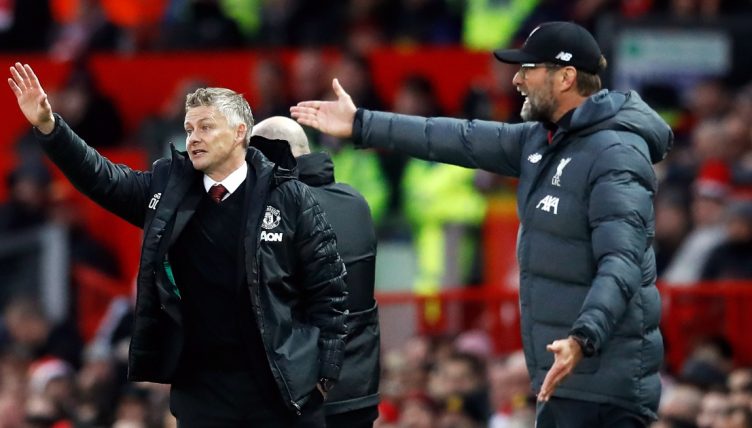 The feud between Manchester United manager Ole Gunnar Solskjaer and Liverpool manager Jurgen Klopp appears to be continuing into the 2021-22 campaign, bringing back old memories of Sir Alex Ferguson and Rafael Benitez.

Last season, United were awarded 11 penalties – only Leicester City were given more – five more than Liverpool. This seemed to rankle  Klopp, who declared back in January that: “Man United had more penalties in two years than me in five and a half years.”

This season, Solskjaer’s men are yet to be given a spot-kick, while there were a series of claims from Cristiano Ronaldo waved away in last weekend’s 2-1 victory over West Ham.

The usage of VAR appears to have been relaxed this season following widespread praise for the more lenient approach at the Euros in the summer. But United’s manager has also laid the blame elsewhere – he didn’t name Klopp by name, but it was obvious who he was talking about.

“A certain manager last year was starting to worry about us getting penalties and after that it seems like the decisions are more difficult to give,” the Norwegian said in a press conference ahead of United’s clash with Aston Villa this afternoon.

🗣️ "A certain manager last year was starting to worry about us getting penalties and after that it seems like the decisions are more difficult to give."