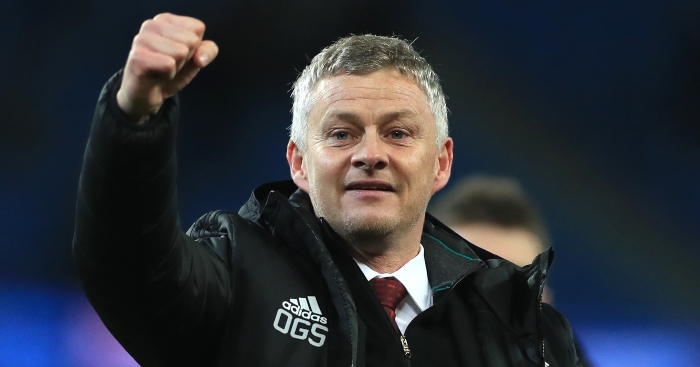 United took the lead at the Etihad through Marcus Rashford’s penalty before Anthony Martial’s strike doubled their lead in the first half.

Nicolas Otamendi pulled a goal back for City but the visitors held on for a huge three points that will ease the pressure on the United manager.

After the final whistle, Solskjaer spotted former United boss Sir Alex in the stands, and he raised his fist to salute a brilliant derby win.

The Scot looked delighted and responded by applauding his successor alongside another legend Sir Bobby Charlton.

Manchester United bosses past and present! 🔴👏