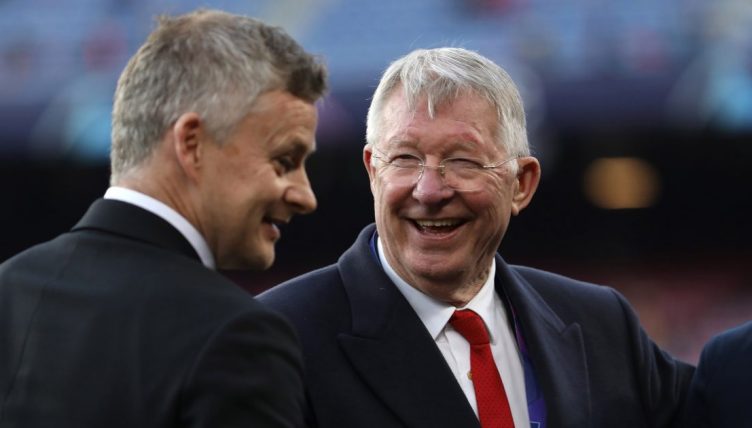 Solskjaer spent 11 illustrious years playing under Ferguson at Old Trafford before deciding to follow in the manager’s footsteps.

“He’s influenced me with everything to be fair,” Solskjaer said after being appointed as United caretaker manager in December 2018.

“The way he’s dealt with people, the way he was the manager of the club, how he kept 25 international players happy, hungry and wanting to improve. But also the [way he dealt with] staff in and around the place.

“He’s been my mentor. From my injury in 2003 at least, I was making all the notes, what he did in different, certain situations.”

The Norwegian cut a frustrated figure on the sideline during the first half against Tottenham after VAR ruled out a Cavani goal.

United turned things around in the second half and Cavani gave them the lead with a brilliant diving header after Fred had netted the equaliser.

Solskjaer danced a jig of delight to celebrate, just like Ferguson did against Liverpool in 2007.

Ole’s celebration at the weekend was a nice little throwback to the good old times❤️The nostalgia merchant in me wishing that we get to experience a similar period of success in the near future ! Hope🤞🏼😬#MUFC pic.twitter.com/8WnzftdAfq

Sam Johnstone next? Five players who returned to Man Utd for a second spell