Watch: Solskjaer given fright as BT set gets blown over in interview 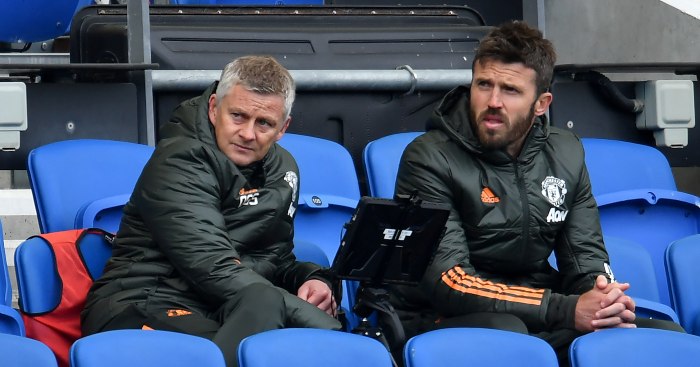 Even Ole Gunnar Solskjaer’s post-match interview lived up to the drama as Manchester United beat Brighton 3-2 in a bizarre encounter on Saturday afternoon.

Brighton hit the woodwork on five separate occasions at the AMEX but thought they had snatched a point at the death thanks to Solley March’s late equaliser – after Marcus Rashford had sold Ben White a dummy all the way back to Leeds on his way to United’s outrageous second.

But after the final whistle was blown, United were awarded a penalty after VAR spotted a handball by Brighton forward Neal Maupay, who had previously scored from the spot himself with a cheeky panenka.

Bruno Fernandes duly converted the penalty, with the goal timed at 110 minutes, before the final whistle was blown for a second time.

Solskjaer managed to remain remarkably cool during the stoppage-time drama, but he was given a fright in his post-match interview as the BT set was blown over by the strong winds circling around the AMEX.

The Man Utd boss got a fright during his chat with @TheDesKelly after Brighton gave his team a fight on the pitch.

Some pluses, but work to be done for Man Utd. pic.twitter.com/Sul9cspWQN