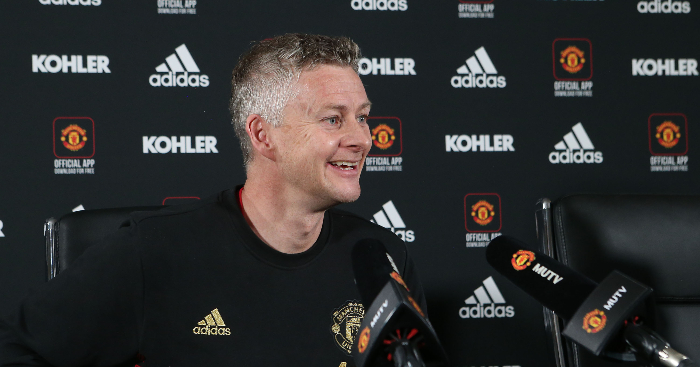 Ole Gunnar Solskjaer has got off to a flying start in the Manchester United dugout, and Football Manager could be the reason why.

A brilliant video has re-emerged from 2016, recorded during his second spell at Molde, during which he explains his love for the cult classic football management simulator.

“I didn’t care about the games you play yourself,” explains Solskjaer. “I was in manager mode. I was 7-8 when I started playing with my cousins. It was Commodore 64 and we played ‘The Boss'”

In the video he explains how he never stopped loving football management games. Maybe it’s a good thing that the transfer window closed before he got a chance to sign Cherno Samba or Lebohang Mokoena, though.