Watch: Solskjaer screams ‘one more time and you’re f*cking off’ at Lingard 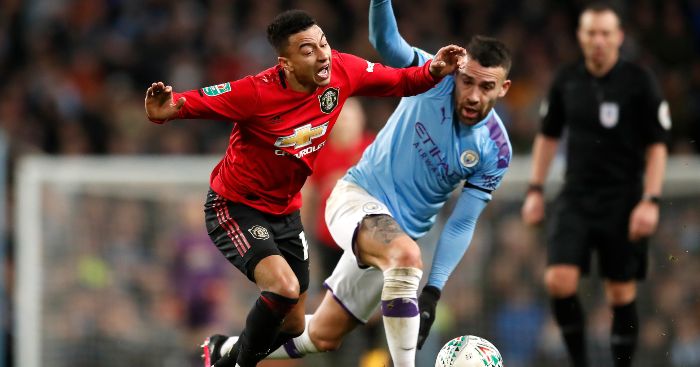 Ole Gunnar Solskjaer left Jesse Lingard in no doubt he needed to improve against Manchester City on Wednesday as he was caught screaming at the midfielder during Manchester United’s 1-0 win.

Trailing 3-1 after the first leg of their League Cup semi-final, United secured their second victory at City this season thanks to Nemanja Matic’s first-half strike but couldn’t find a second goal to take the game to extra time.

And in a tense second half, the cameras picked up Solskjaer giving Lingard a word of warning with the rather straight to the point instruction: “One more time and you’re f*cking off.”

Lingard can’t have taken the advice on board, given he was replaced just seven minutes later by Andreas Pereira.

Ole’s dark side finally shows itself shouting at Lingard! Soooo much time for this! pic.twitter.com/DJnNhg6Lne