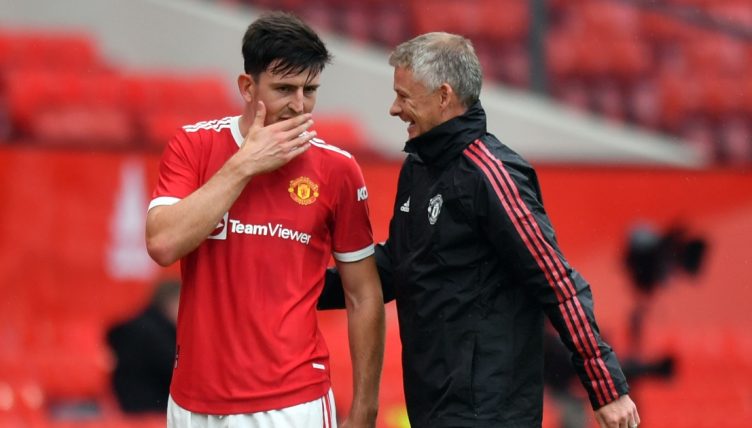 Ole Gunnar Solskjaer was taken aback by a Harry Maguire claim after Manchester United‘s 2-0 defeat to Manchester City on Saturday.

Eric Bailly’s own goal gave City an early lead and Bernardo Silva capitalised on some poor defending to make it 2-0 on the stroke of half-time.

The Red Devils have become renowned for their comebacks under Solskjaer but didn’t even register a shot on target in the second half.

During a post-match interview, Maguire admitted that the players ‘lacked belief’ that they could recover from 1-0 down. Solskjaer looked visibly shocked when he was asked to respond to Maguire’s comments but then composed himself.

“It’s a big thing, we’re human beings,” Solskjaer said. “That’s our job now – my job – to work on, to make sure we go into the next game with the right mentality, a winners mentality and a positive mentality.

“Of course, when you play, you might lose belief when you can’t get to the ball. We couldn’t make the transitions that we’re so good at.”