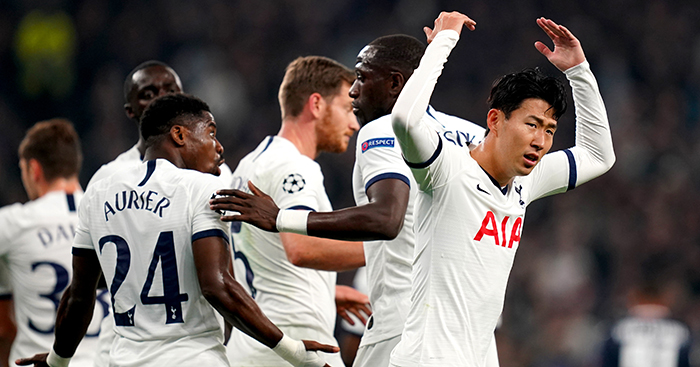 Son Heung-min scored twice as Tottenham thumped Red Star Belgrade 5-0 in the Champions League on Tuesday night – and he clearly enjoyed being part of a winning team again.

Spurs had taken only one point from their opening two group games going into this encounter, losing 7-2 to Bayern Munich last time out, and a 3-0 defeat at Brighton and then 1-1 home draw against Watford in the Premier League have hardly helped the mood.

There was little sign of any lack of confidence against Red Star, however, with Harry Kane and Son putting them two goals to the good after just 16 minutes.

Son added his second just before half-time to effectively put an end to the contest before Erik Lamela and Kane again added gloss to the scoreline in the second half, but goals are irrelevant when you’ve got players ending careers out there.

And that’s exactly what Son did to José Cañas when he pulled off a nutmeg so utterly humiliating the former Swansea City midfielder ought to have been substituted immediately to save any further embarrassment.

Watch the wonderful moment below.