Watch: Son Heung-min sees goal for Spurs ruled out by VAR for offside 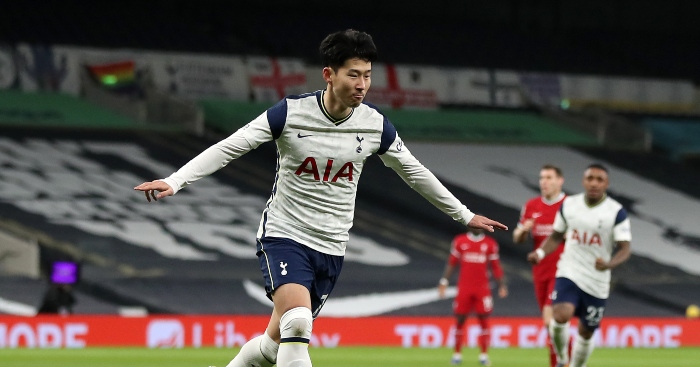 Son Heung-min scored an early goal for Tottenham against Liverpool – only to see the effort ruled out by VAR for offside.

After Sadio Mane missed a great chance for the Reds, Spurs went straight up the other end and Harry Kane’s through ball sent Son through on goal.

The South Korea international has been in brilliant form this season and showed great composure to fire past Alisson.

However, their celebrations were shortlived as the incident was checked by VAR and subsequently ruled out for offside.

Just to rub salt into Spurs’ wounds, Roberto Firmino then gave Liverpool the lead on the stroke of half time.