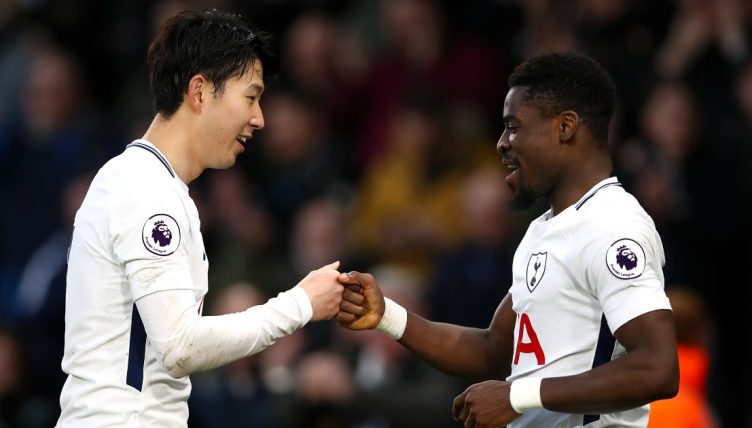 In a difficult 2020-21 season for Spurs, Son’s performances acted as a silver lining over increasingly stormy clouds. The South Korea captain scored 17 goals and registered 10 assists as Tottenham finished 7th in the Premier League.

And now, having signed a four-year extension to his contract this summer, Son is clearly in high spirits judging by this ‘altercation’ with Aurier.

As the pair walked off the pitch after training, accompanied by Tanguy Ndombele, Son appeared to react to something Aurier did and got right up in his face.

Ndombele half-heartedly broke the two up and Son revealed he was joking all along by laughing as he walked away.

After signing his new deal in July, Son said: “It was already a big honour to play here for six years, the club have showed me massive, massive respect and obviously I’m very happy to be here.

“It’s like home, especially with the fans, the players, the staff. There was no decision. It was easy. I’m so happy to be here and will be so glad to see the fans again soon.”