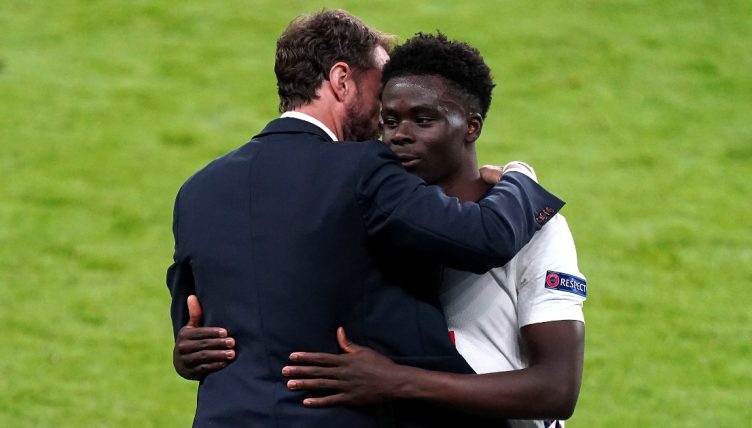 England manager Gareth Southgate was quick to show his support to Bukayo Saka after his missed penalty in the Euro 2020 final defeat to Italy.

Luke Shaw’s strike gave England an early lead but Italy grew into the game and eventually equalised through Leonardo Bonucci in the 67th minute.

After Marcus Rashford and Jadon Sancho failed to score from the spot in the shootout, Saka missed the decisive penalty, handing Italy the title.

The Arsenal forward was consoled by his England team-mates and Southgate then came on to the pitch before embracing him.

“I have obviously lived through it but he’s not alone, he’ll never be on his own as far as we’re concerned,” Southgate told talkSPORT. “He’s been an absolute star in this tournament.

“I have to take responsibility with that call because in the end, that’s my decision. It hasn’t worked. So anything should come back on me and not on him.”

this actually warmed my heart tho. respect to gareth pic.twitter.com/yd7x9Xv1xq

Where are they now? England’s Xl from Gareth Southgate’s first game as boss