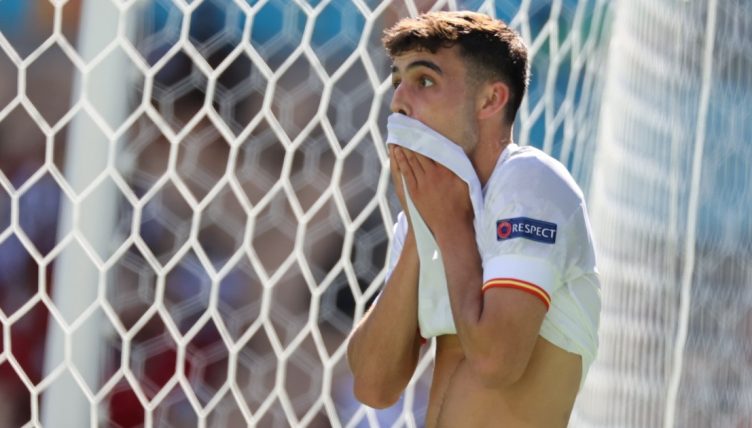 Receiving the ball from Aymeric Laporte, Pedri decided to ping a spinning, bouncing first-time pass towards his goalkeeper Unai Simon, whose attempt to control it saw it bounce off his right boot and into the back of his net.

Despite the Atheltic Bilbao goalie’s touch, the goal was awarded – if that is the right word in this situation – to 18-year-old Barcelona wonderkid Pedri. It was the ninth own goal at Euro 2020 so far, meaning there have been more own goals at this tournament than at all previous Euros combined.

Analysing Simon’s miscontrol at half-time, Graeme Souness was uncharacteriscally generous, saying: “Every professional football has done that – except Messi.”

Fortunately for both of the involved parties, they managed to make amends.

Pedri played two brilliant passes during the game, one to set up a Koke chance in the first half and the other in the build-up to Spain’s equaliser.

For his part, Unai Simon made a terrific save from Josko Gvardiol in the second period.

🚨 Stop scrolling and watch this! 🚨