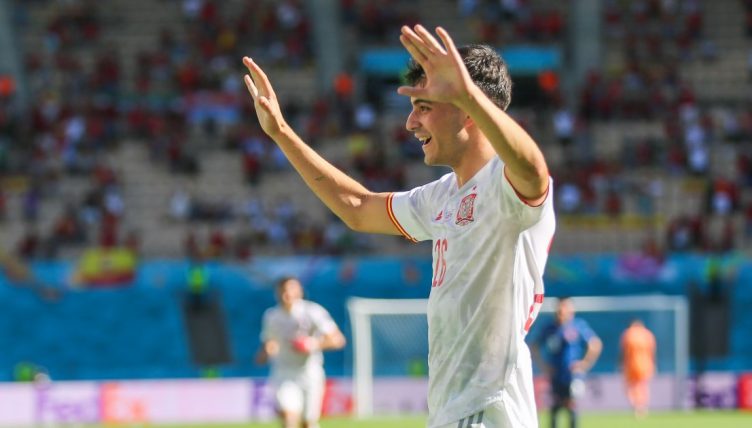 Barcelona wonderkid Pedri created a chance for Koke to open the scoring in Spain‘s Euro 2020 round-of-16 game with a beautifully weighted pass that split the Croatia defence.

Fifteen minutes into the game in Copenhagen, Pedri picked up the ball in the inside-left channel and spotted Koke advancing to his right. The 18-year-old slipped a well directed pass between four Croatia defenders and perfectly into the path of his team-mate.

Koke spurned the chance, playing it gently into the right leg of Dominic Livakovic, but the ball from Pedri delighted co-commentator Emma Hayes. “What a pass. What a pass,” she exclaimed.

Pedri went on to score a horrendous own goal later in the half, but played a vital role in a pulsating game, helping his side come back to win 5-3 after extra time.

It is easy to see on this evidence why Pedri is so highly rated. In a pre-match interview with Marca, Spain coach Luis Enrique said: “Pedri is a unique player, a footballer unlike anything else.”