Watch: Spurs are saved by another controversial VAR decision 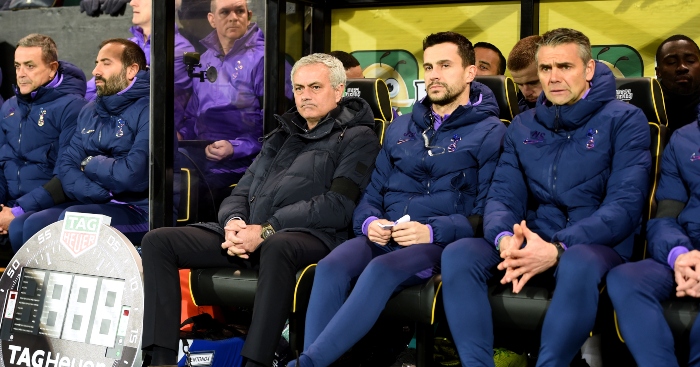 VAR stole the headlines once again this weekend after it intervened to disallow a Teemu Pukki goal against Tottenham.

Norwich City started brightly and had gone in front inside the first twenty minutes after Mario Vrancic scored his first Premier League goal.

The Canaries thought they’d doubled their lead against Jose Mourinho’s side through a Pukki strike, but replays from the video assistant referee showed that he was fractionally offside.

Unsurprisingly, the decision was a massive talking point on social media, especially as Christian Eriksen equalised for the visitors in the second half.

However, Norwich will feel like they finally got a bit of good fortune as a Serge Aurier own goal helped them retake the lead in the 61st minute.

Watch the disallowed goal below.