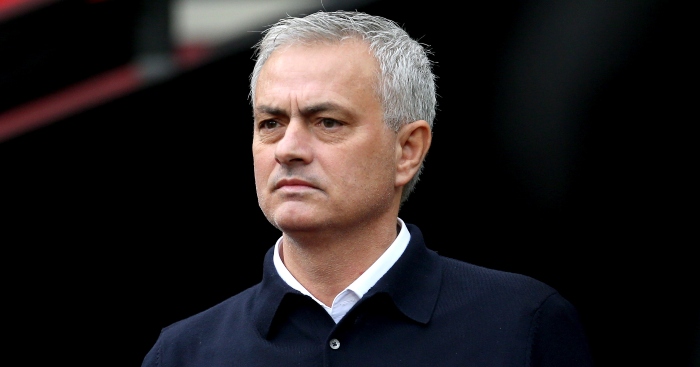 Mourinho was left fuming after City’s Raheem Sterling only got a yellow card for his reckless challenge on Dele Alli despite a VAR review.

This is what Jose Mourinho thought of the decision 😤 pic.twitter.com/KmVZuAtEJZ

After another lengthy delay, City were then given a penalty by VAR for Serge Aurier’s challenge on Sergio Aguero and Mourinho couldn’t help but laugh in the dugout.

Ilkay Gundogan missed from the spot but VAR checked for another penalty after Sterling looked to be fouled by Hugo Lloris immediately afterwards.

However, a penalty wasn’t given and Mourinho was delighted, but he then complained that Sterling wasn’t given a second yellow card for diving.

From big smiles to complete rage 😃😡

Jose Mourinho's reaction to Hugo Lloris saving Ilkay Gundogan's penalty and then realising that Raheem Sterling could potentially be given a second yellow card shows the full spectrum of the managerial emotional rollercoaster ⚽️#PL #TOTMCI pic.twitter.com/vL6iRAXs07