Watch: Spurs fan’s hilarious compilation of all sitters missed in 19-20 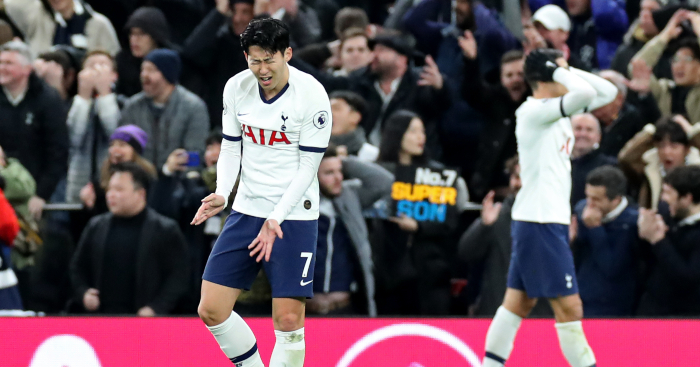 Without having a deep sense of gallows humour, being a football fan would be quite difficult at times. Thankfully, one Tottenham fan on Reddit was more than willing to laugh at his own team.

After the highs of reaching the Champions League final last season, the 2019-20 campaign has been one to forget for Spurs fans.

Mauricio Pochettino was sacked after a poor start to the season to be replaced by football’s favourite miserabilist Jose Mourinho.

Results somewhat improved, but their fortunes could have been much different were it not for a myriad of absolute sitters the team have missed throughout the campaign.

Reddit user thotbegoner__ decided to compile all the big chances gone to waste in one compilation. If you didn’t laugh, you’d probably cry.

In series one of our 2000s football podcast, The Broken Metatarsal, we looked back at Tottenham’s 2005-06 campaign and the Lasagnagate controversy, with insight from one of the players who took to the field against West Ham in that infamous defeat.

Listen to the episode below – or find it on your preferred podcast player here.