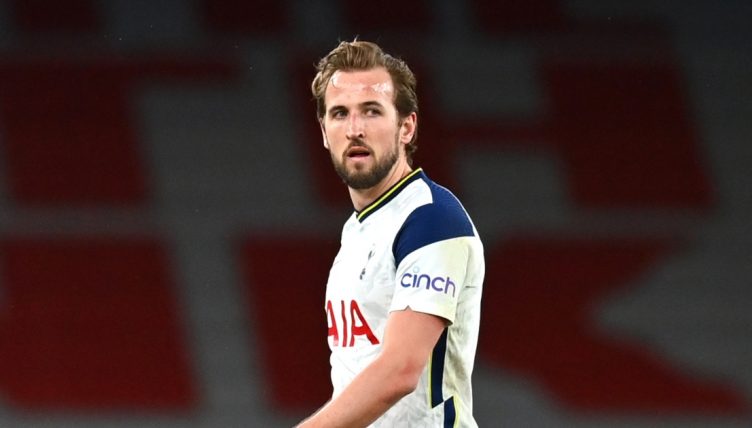 Kane would have been looking forward to playing Arsenal, having scored 11 goals in 12 previous Premier League matches against Spurs’ local rivals.

But Jose Mourinho’s side failed to rise to the occasion and fell to a 2-1 defeat. In desperate need of points to make up the ground on the top four, the loss could prove fatal to their chances of playing Champions League football next season.

Kane failed to score, although his late free-kick hit the post, and made his biggest mark on the body of Gabriel.

As the centre-back went to clear the ball Kane charged into him elbow first. The resulting contact pole-axed Gabriel, leaving him sprawled on the turf.

But Kane escaped punishment for the foul with the referee neglecting to even award a free-kick.

This has led some fans to claim his status as England captain protects him from the attention of referees.